Gender mainstreaming is the process of assessing the implications for women and men of any planned action, including legislation, policies or programmes, in any area and at all levels.  It is a long-term strategy to ensure gender equality.  It is a plan that integrates the interests, backgrounds and experiences of both men and women in the design, implementation, monitoring and evaluation of policies and programmes in all political, economic and societal spheres. The basic conditions for gender mainstreaming are political commitment for gender equality and a compatible legal framework.

The concept of gender mainstreaming was born at the 1985 Nairobi World Conference on Women. It was established as a strategy in international gender equality policy through the Beijing Platform for Action, adopted at the1995 Fourth United Nations World Conference on Women in Beijing, and subsequently adopted as a tool to gender equality at all levels.

The importance of gender mainstreaming in Africa

Globally gender mainstreaming benefits all societies. Men and women have different needs, challenges and circumstances.  They have unequal access to and control over power, resources, human rights and institutions, including the justice system.  The standing of women and men also differs according to country, age, religion, race and social origin. Policy shapes society and its organisation thereof.  It is essential to have policies that appropriately and effectively respond to needs of all citizens.  Gender mainstreaming ensures that women and men benefit equally. Second, this halts the perpetuation of inequality and discrimination.

The African Union has instruments and mechanisms that address gender issues.  In 2011 the AU adopted a new resolution that calls on countries to take concrete steps to increase women’s political participation and leadership and report back to the United Nations Secretary General. 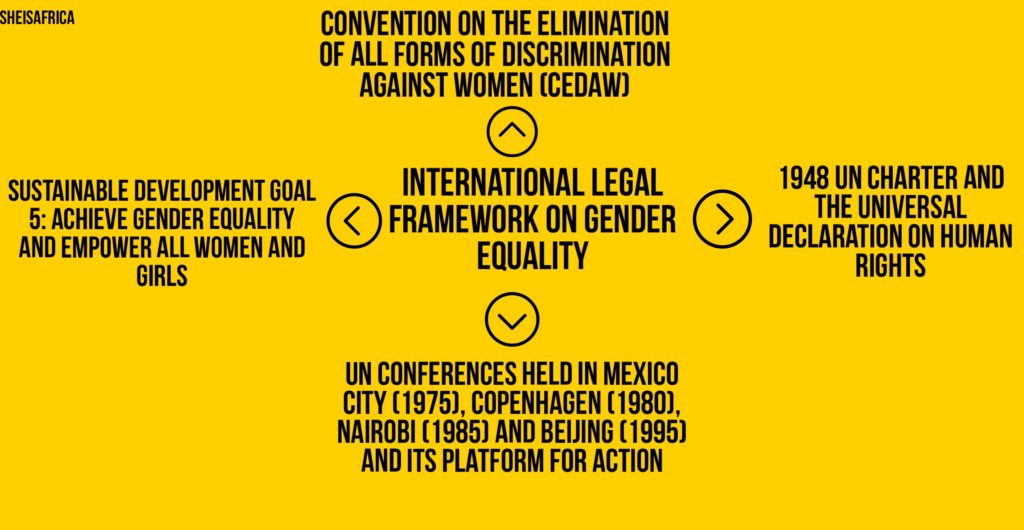 The AU comprises of 53 members states and seven regional economics communities(RECs). The AU is also composed of programmes and instruments like NEPAD and APRM that focus on gender equality.  Through the NEPAD/Spanish Fund for African Women’s Empowerment, over 69 projects were finalised.  The APRM is a voluntary self-monitoring instrument that fosters the adoption of policies, standards and practices and strengthening accountability in areas of good governance, gender equality and women’s empowerment. 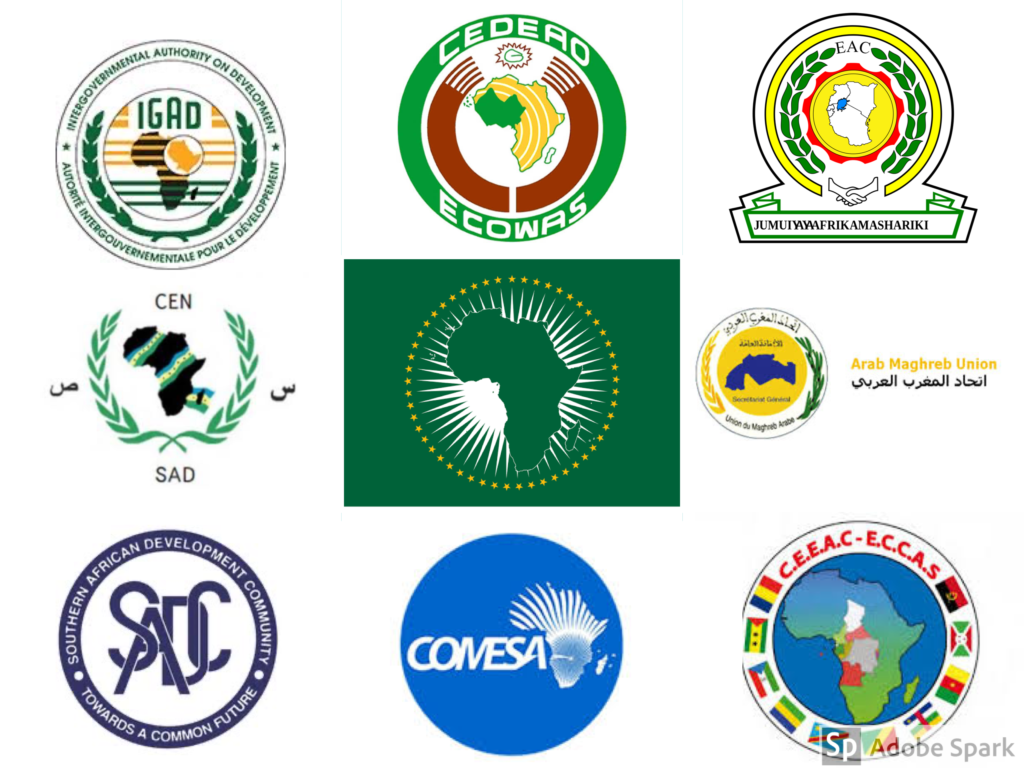 Regionally, the AU encourages member states to adopt, ratify, implement and domesticate treaties, conventions and decisions; has established a consensus on gender equality issues among member states; and supports research on gender issues and collecting regional data and statistics.

Sub-regionally, the AU provides support to RECs in complementing and harmonizing global and regional frameworks by integrating and translating various commitments and resolutions into policies and plans of actions.

Nationally, the AU participates in legislative reviews and amendment processes.  All RECS have specific gender units, including declarations and tools for gender audits and mainstreaming. 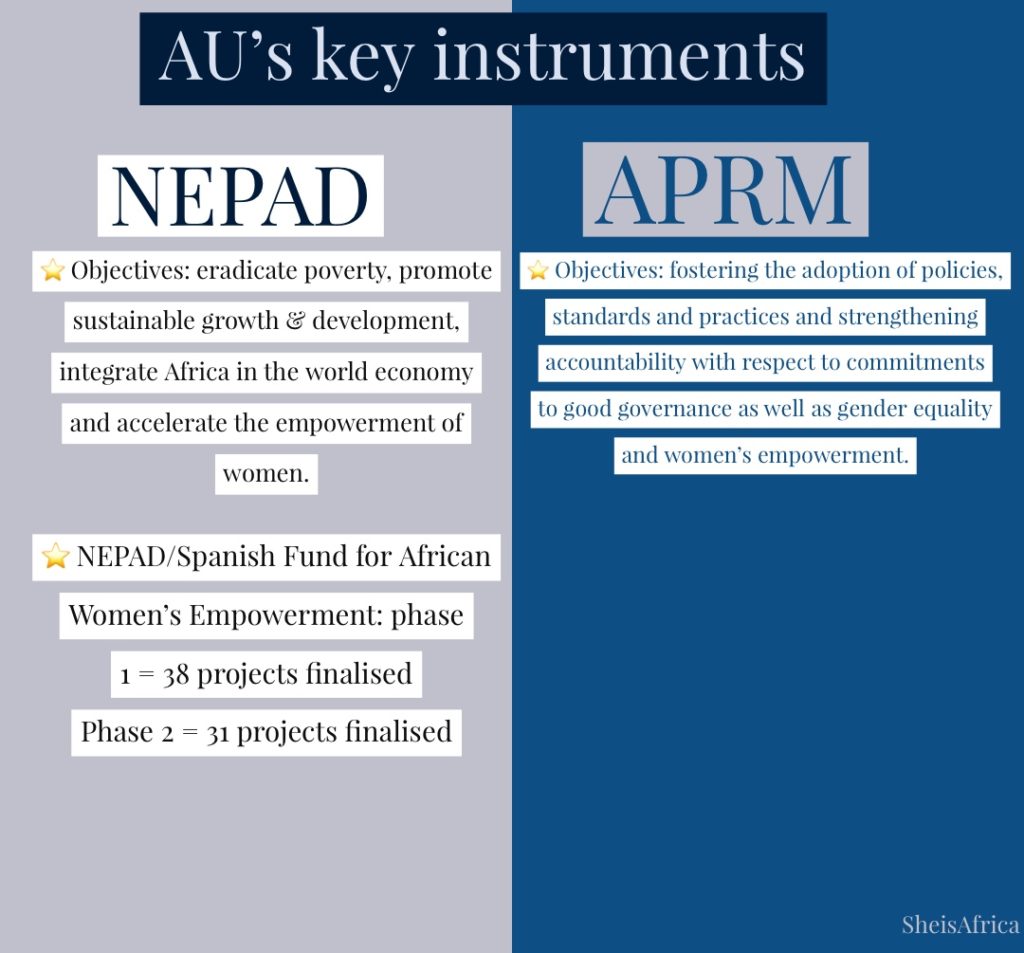 The AU’s policy regarding gender mainstreaming is built on six pillars.

In July 2000 the Constitutive Act was adopted and transformed the Organisation of the African Union (OAU) to the African Union.  One of the objectives, as set out in Article 3, is ‘the promotion of democratic principles and institutions, popular participation and good governance’.  The principles, as defined in Article 4, are to ‘promote and protect human and peoples’ rights in accordance with the African Charter on Human and Peoples’ Rights and other relevant human rights instruments’ and the ‘promotion of gender equality’.  This shows the organisation’s commitment to gender equality.

Initially women’s rights were excluded from the ACHPR, however it was included by the adoption of the Womens’ Rights Protocol.  49 out of 53 member states have signed the protocol. In 1987 the African Charter established the African Commission on Human and Peoples’ Rights. The functions of the Commission are: the protection of human and peoples’ rights; promotion of human and peoples’ rights and interpretation of the African Charter on Human and Peoples’ Rights. In 1999, the African Commission adopted ACHPR/res.38 (XXV) 99, creates the role of a Special Rapporteur on the Rights of Women in Africa. This office emphasises the importance on the issues and rights affecting African women.

At the July 2004 Summit, the SDGEA was adopted by AU member states. This reporting framework is divided into six thematic areas of action: health, peace and security, governance, human rights, education and womens’ empowerment. Here AU member states committed to report annually on progress achieved regarding gender mainstreaming and reaffirmed their commitment to gender equality. 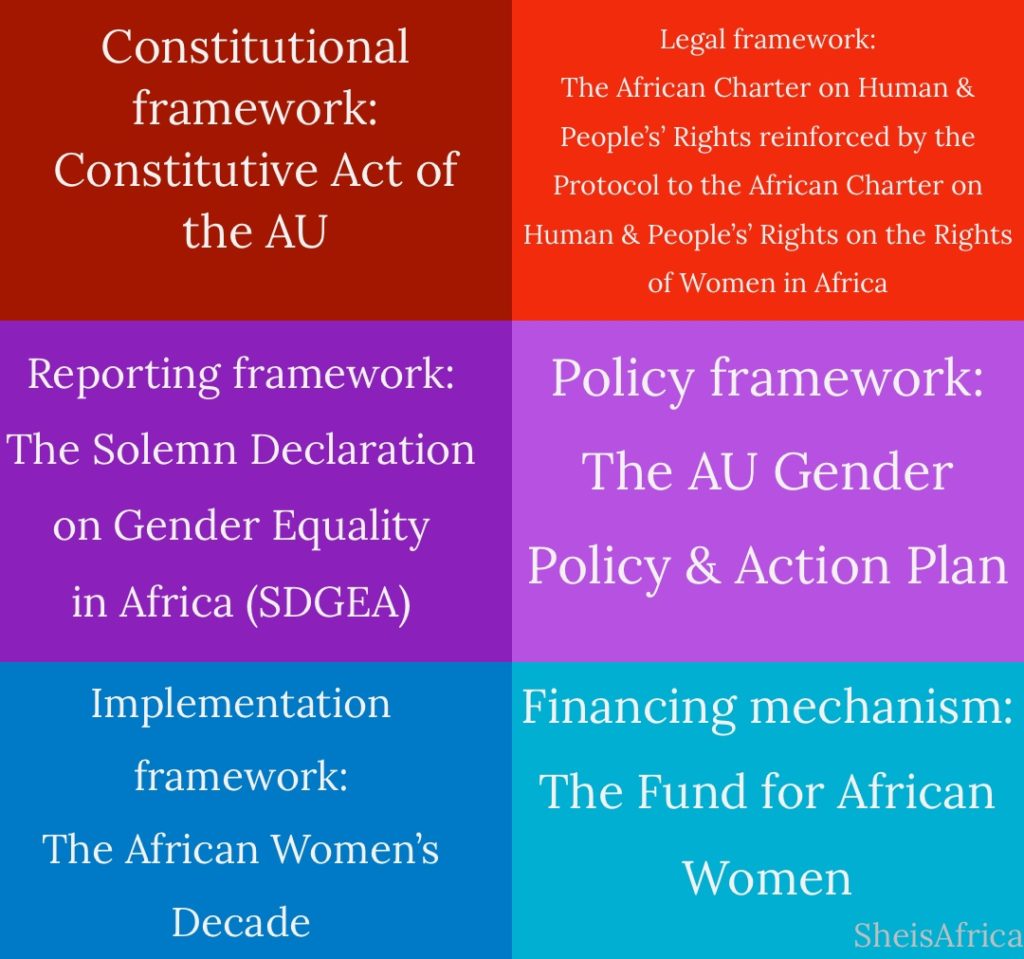 Adopted in 2010, the Gender Policy creates the foundation for the elimination of barriers to gender equality; establishes measures to hold managers accountable for policy indicators and fosters the reorientation of existing institutions by using gender-disaggregated data ad performance indicators. A new Gender Management System (GMS) was incorporated into the AU Specialised Technical Committee structure.  Here ministers of gender and women’s affairs are influential in determining African policies. 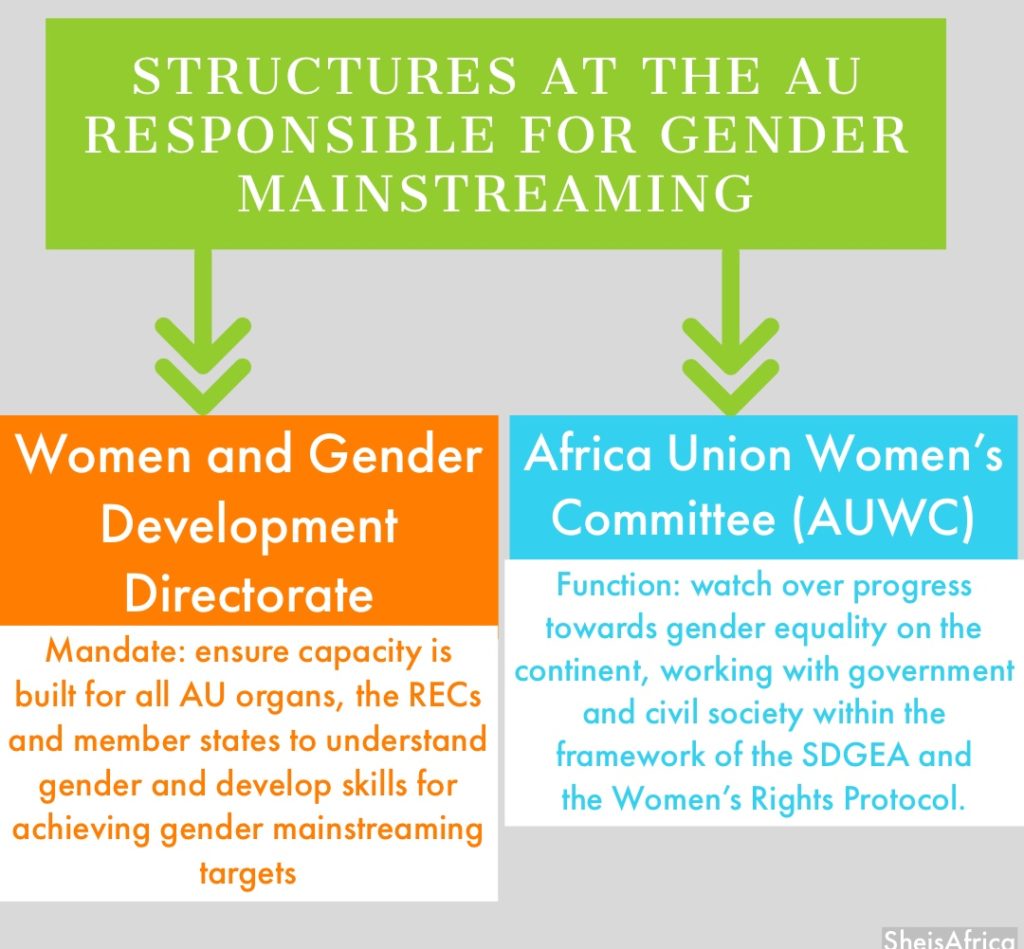 The AU has made laudable strides in gender mainstreaming but there is still work to be done.  Ratification is helpful in harmonizing approaches across countries, preventing challenges to gender equality on a national level and strengthening the work of national mechanisms by creating additional accountability. However domestication and implementation is paramount to gender equality and mainstreaming.  70 percent of member states have gender policies, however only a few have implemented them.

There are inadequate tracking, monitoring and evaluation systems in the AU and on a national level.  There are no consequences in failing to report on gender mainstreaming which further weakens the enforcement and implementation system.