In August 2019, at least twelve people have been killed, thousands displaced, and businesses looted and burned during the xenophobic attacks in South Africa. There were two events that ignited the attacks. First police raided and seized counterfeit goods from foreign-owned shops in central Johannesburg. This event sparked retaliation from the owners of foreign-owned shops and foreign nationals in the area. Second in August 2019, a taxi driver (Jabu Baloyi) was murdered when he confronted an alleged drug dealer in central Pretoria. Angry fellow taxi drivers took to the streets demanding justice that triggered looting and violence in central Pretoria.

Africans cannot be foreigners in Africa. 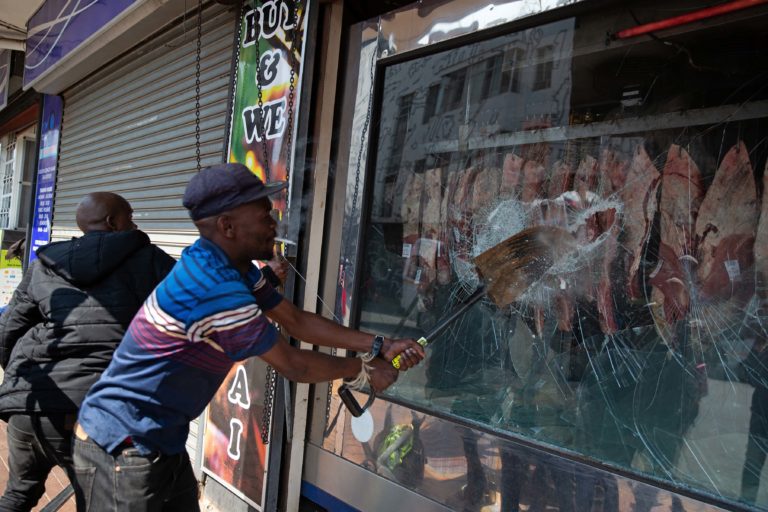 Xenophobia is the fear or hatred of that which is perceived to be foreign or strange. Xenophobia can involve perceptions of an in-group toward an out-group and can manifest itself in suspicion of the activities of others, and a desire to eliminate their presence to secure a presumed purity and may relate to a fear of losing national, ethnic or racial identity. 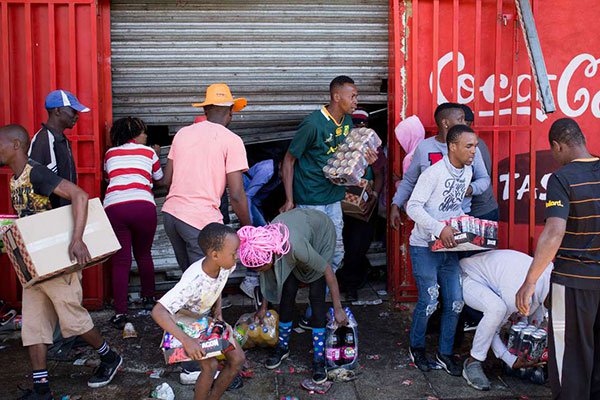 The fish rots from the head

This year senior government officials have made reckless statements laced with xenophobia. These statements trigger attacks on foreign nationals. Health Minister Aaron Motsoaledi’s comments on the strain placed on health services by foreign migrants, and the “xenophobic blaming for Johannesburg’s ills” by Mashaba as leading to xenophobic attacks in different localities. Perpetrators use these statements as a direct call to deal with foreign nationals and also a justification for their criminal behaviour. 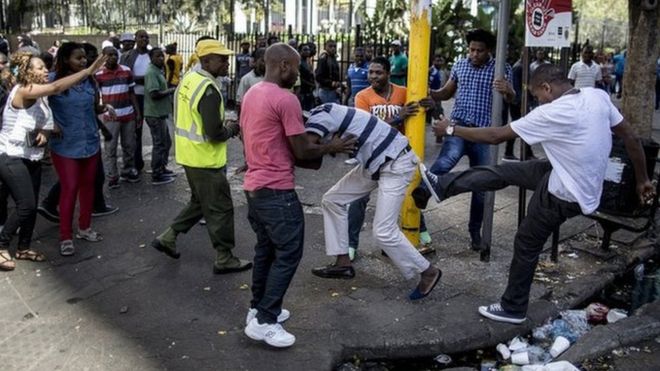 The superficial cause of the xenophobic attacks the cause of the violent attacks was the result of the deliberate efforts to drive away competition from foreign–owned businesses. The underlying reason of the attacks is poverty and gross inequality in South Africa. South Africa remains a dual economy with one of the highest inequality rates in the world. High inequality is perpetuated by a legacy of exclusion and the nature of economic growth, which is not pro-poor and does not generate sufficient jobs. Inequality in wealth is even higher: the richest 10 percent of the population held around 71% of net wealth in 2015, while the bottom 60 percent held 7% of the net wealth. Furthermore, intergenerational mobility is low meaning inequalities are passed down from generation to generation with little change in inequality over time. By the official count, 6.7-million people are unemployed in South Africa, which is 29% of everybody who could be working. By the expanded definition, more than 10 million people are unemployed, or 38.5% of people who could be working. According to the Pietermaritzburg Economic Justice & Dignity Group’s latest affordability index, more than half (55.5%) of the population lives below the upper-bound poverty line. A quarter (25.2%) live below the food poverty line.   Unemployment remains a key challenge, standing at 27.1% in the fourth quarter of 2018. The unemployment rate is even higher among youths, at around 54.7%. Crime, poverty, unemployment and a strained social system cause South African nationals erroneously believe that foreign nationals have taken away resources from them.

Africans cannot be foreigners in Africa. We are all Africans.

If you liked this article, you might enjoy “The refugee crisis: searching for a place to call home“